Derek Chauvin has been found guilty of second-degree unintentional murder, third-degree murder and second-degree manslaughter in the death of George Floyd.

The jury returned its verdict on Tuesday afternoon after just 10 and a half hours of deliberation.

According to Daily Mail, as the verdict was read out Chauvin looked on silently in the Hennepin County courtroom where jurors spent three weeks listening to testimony about the day Floyd died under the weight of the 45-year-old cop’s knee during an arrest on May 25, 2020.

Judge Peter Cahill thanked the jury on behalf of the state of Minnesota for not only jury service but ‘heavy duty jury service.’ The state moved immediately to have Chauvin’s bail revoked pending sentencing which will happen in eight weeks. Judge Cahill did so and Chauvin was remanded into custody taken from the courtroom in handcuffs. 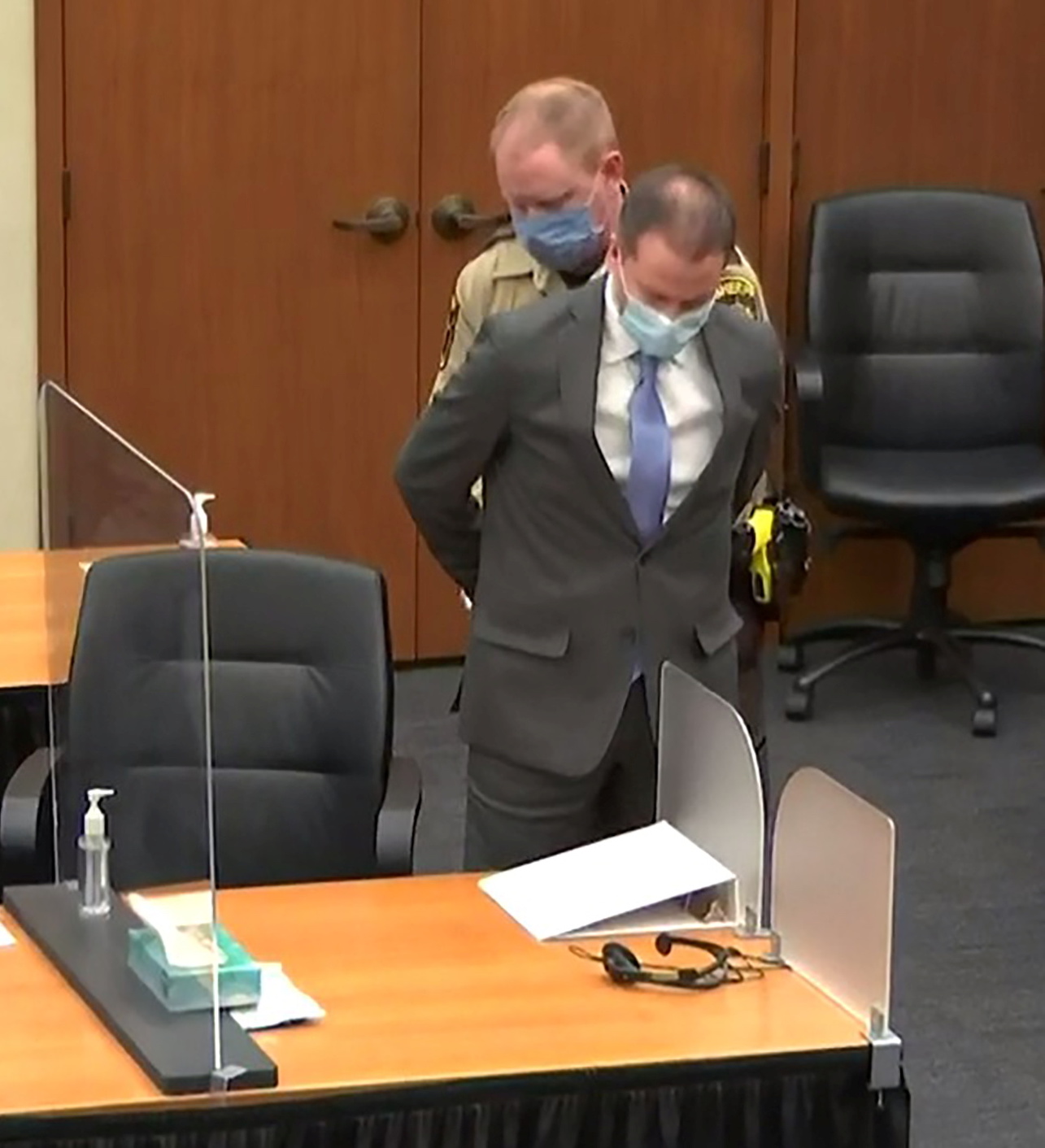 Chauvin faces a minimum sentence of 12.5 years and maximum of 40 years if he serves terms for each charge concurrently. If served consecutively, he faces between 29 and 75 years.

Daily mail in his report noted that cheers rose from the crowds that had gathered outside the courthouse and down at the intersection of 38th and Chicago now known as George Floyd Square. Cup Foods, the store in which Floyd was last seen alive, shuttered its doors ahead of the decision.

Floyd’s younger brother, Philonise, 39, who took a knee at the courthouse steps at the start of the trial, was in court to hear the verdict read. He hugged Attorney General Keith Ellison and trial attorney Jerry Blackwell, whose voice was the first and last heard by the jury as he delivered both the state’s opening statement and their final rebuttal.

The jury sent their notice that a verdict had been reached at 2.30pm local time as Minneapolis and the country braced for potential violence stemming from the decision. Jurors had not sent back any questions to the judge or asked to review any of the hours of video or hundreds of exhibits entered in the course of the trial.

Non-essential courthouse staff were told to go home as Minneapolis battened down ahead of the verdict with 3,000 National Guard members and 1,100 law enforcement officers keeping a watchful eye over the city that’s been on edge for weeks awaiting the conclusion of the trial.